These are beers similar to the traditional pale ales of England, although somewhat less bitterly hopped. A notable example is the 5% abv De Koninck brand, with its distinctive spherical glasses (called 'bollekes'). It is popular in its native city of Antwerp. Another is Palm Speciale. Some, such as Vieux Temps, were based on British styles to please troops stationed in Belgium during World War I. Others were introduced by the UK-born brewer George Maw Johnson in the late 19th century. Wallonian amber or ambrée ale, such a La Gauloise Ambrée, is considered to be somewhat distinct by some beer writers, and to be influenced the French style of ambrée.

Sort by:
Best sellers Relevance Name, A to Z Name, Z to A Price, low to high Price, high to low
Showing 1-1 of 1 item(s) 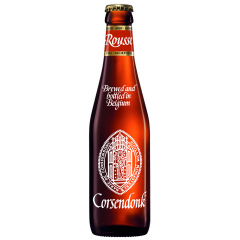