The origin of the dubbel was a beer brewed in the Trappist Abbey of Westmalle in 1856.

The abbey had, since 10 December 1836, brewed a witbier that was quite sweet and light in alcohol for consumption by the paters. The new beer, however, was a strong version of a brown beer. In 1926, the formulation was changed and it became even stronger. The first written record of its sale by the abbey was on 1 June 1861. Following World War Two, abbey beers became popular in Belgium and the name "dubbel" was used by several breweries for commercial purposes.

Westmalle Dubbel was imitated by other breweries, Trappist and secular, Belgian and worldwide, leading to the emergence of a style. Dubbels are now understood to be a fairly strong (6%-8% ABV) brown ale, with understated bitterness, fairly heavy body, and a pronounced fruitiness and cereal character. Chimay Red/Premiere, Koningshoeven/La Trappe Dubbel and Achel 8 Bruin are examples from Trappist breweries. Affligem and Grimbergen are Belgain abbey breweries that produce dubbels.

Ommegang and New Belgium are examples from the USA.

Sort by:
Best sellers Relevance Name, A to Z Name, Z to A Price, low to high Price, high to low
Showing 1-2 of 2 item(s) 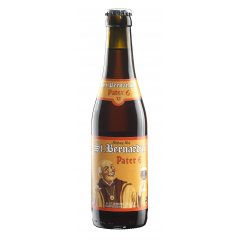 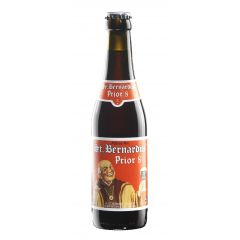