Engelszell, which literally means "Cella Angelorum" or "Angels' Cell," was a Cistercian monastery from 1293 until 1786. The final project dating from this first phase of its existence was the building of a new abbey church in the Rococo style. This magnificent church continues to attract visitors from all over Europe up to the present day.

During the 19th century, the abbey fell into private hands and only since 1925 have monks returned to the abbey. These returning monks were Cistercian monks from the order of the Strict Observance, also known as Trappists. The owner had sold Engelszell to a group of German Trappists from Oelenberg Abbey in Alsace, and that's how Oelenberg came to be the motherhouse of a foundation in Austria, namely Engelszell.
This second phase in the history of Engelszell was abruptly interrupted by the Gestapo during the Hitler's regime. In 1939, the monastery was closed and 73 monks were arrested and dispersed. Five brothers were transported to a concentration camp, where four of them died.

After World War II, 23 monks returned to Engelszell to resume their monastic life, where they were reinforced by 15 German Trappists who had fled from Mariastern Abbey in Bosnia, Yugoslavia. During the war years, a medical house had been established in the monastery, and the monks were obligated to share the responsibility for its administration. This medical house still exists, but it has been moved to a new, modern building near the abbey and is presently being administered by Caritas.

The monks who worked to reestablish monastic life and its economy on the large, historical site of Engelszell Abbey form a community which has steadily grown smaller, while the necessary tasks and challenges have only continued to increase. At present, there are nine monks in the community, four of whom are elderly. Five brothers are directly involved in the work and production processes, along with five lay professionals employed by the community to help them.

The monastic community of Engelszell is presently active in the following economic sectors:
forestry (140 hectares of forest land); agriculture (60 hectares, recently leased out); liqueur distillery (approximately 30,000 liters per year); a biomass energy center, using primarily materials from their own forests and providing for the energy needs of the monastery, the Caritas House, and many homes in the surrounding area; the Monastery Store and the Monastery Gatehouse; two small hydro-electric plants for the needs of the monastery; and rent from buildings which are no longer used by the monks.

There is one monastic product dating from before the war which is still quite popular: "Magenbitter" (stomach bitters), undisputedly the number one product made in Stift Engelszell's distillery. They also produce about a dozen other varieties of liqueurs.
There are two traditions regarding their cheese: before the war, the monks were already producing cheese in Engelszell, but when the monks from Mariastern arrived, they brought their own cheese tradition with them. A few years ago, the community decided to revive the tradition of making cheese, but now Engelszell's cheese is produced in the modern cheese factory run by their friends and fellow monks in the Cistercian Abbey of Schlierbach.
Apiculture, or beekeeping, has also been part of the tradition of Stift Engelszell from of old. The former apiary has now been replaced by a new one, and a young beekeeper is able to provide a larger selection of honeys and other products made from the honey which the abbey's bees produce. 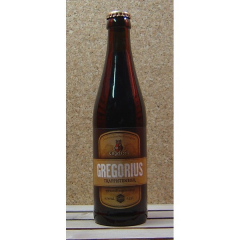